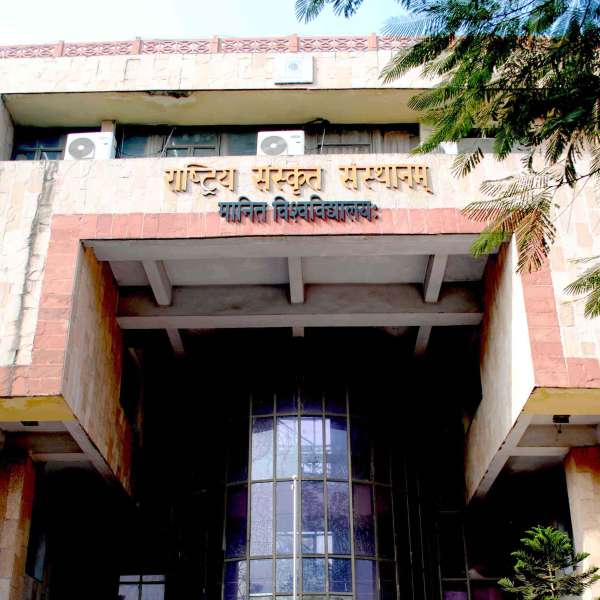 Sanskrit has played a vital role in the development of all Indian languages and in the preservation of the cultural heritage of India. No Indian language can flourish without the help of Sanskrit. Sanskrit also provides the theoretical foundation of ancient sciences. Hence, it becomes essential to preserve and propagate Sanskrit for all-round development of India. Fully conscious of this responsibility, the Govt. of India, in pursuance of the recommendations of the Sanskrit Commission (1956-57) constituted a Central Sanskrit Board, which recommended the establishment of a Rashtriya Sanskrit Sansthan. Accordingly, the Rashtriya Sanskrit Sansthan was established in October 1970 as an autonomous organisation registered under the Societies Registration Act, 1860 for the development, preservation and promotion of Sanskrit learning all over the country and abroad. The Sansthan is fully financed by the Government of India and works as a vital agency of the Central Government.

Rashtriya Sanskrit Sansthan has now been declared as Deemed University on the recommendation of Universtiy Grants Commission by the Ministry of Human Resource Development , Department of Higher & Secondary Education, Shastri Bhawan, New Delhi vide their notification No. 9-28/2000-U.3 dated 7th May, 2002 . The University Grants Commission has also notified the above declaration vide their notification No.

As per the Memorandum of Association, the major objectives of the Rashtriya Sanskrit Sansthan are to propagate, develop and encourage Sanskrit learning and research. This also serves as central, administrative and coordinating machinery for the management of all Campuses. The Government of India has formulated various schemes and programmes for the development of Sanskrit education and is implementing these through Rashtriya Sanskrit Sansthan and other agencies.

For fulfillment of its objectives and execution of the schemes/programmes of the Government, the Sansthan undertakes the following activities :

The Sansthan has entered into its new building on the auspicious occasion of the Sanskrit Day on 28th August 1996. This building is equipped with more facilities like Library, Computer Centre, Modern Conference Room, Committee Room, Guest Room, Sales counter, Canteen etc. With the added facilities and support from the Ministry of Human Resource Development, Government of India, the Sansthan expects to serve the cause of Sanskrit during the coming years in a more effective way by bringing out the wealth of knowledge contained in Sanskrit Literature for the welfare of human beings and coordinating the Sanskrit studies and researches being undertaken by various institutions in the different parts of the world.